At the end of 2019, Felix The Reaper was published for PS4, Xbox One, Nintendo Switch and for Windows and Mac on Steam and GOG.com.
It has been a long journey for the small development team of which I have been a part (on and off) from 2012 to 2019. The project started out with an idea of building a game around the Dancing Death. The concept of the Dancing Death can be traced a long way back through history and is reflected in everything from old church paintings to modern popular culture.

The fact that the concept has a strong historical aspect is probably no accident, since the idea arose among a small group of historians hanging around at an obscure office at Aarhus University. Though I was no historian, I knew one of them and was invited to participate as one of two programmers, though I was not really that either, at least not by education. In fact none of us were really doing what we were educated for.

Though we had a quite elaborate idea about the universe of the game with tons of inspiration from various historical sources, we did not have a fixed idea for the gameplay. So during the first couple of years, we were making prototypes with different kinds of gameplay, ranging from a Snake type of game where you as Death gather a longer and longer tail of lost souls to a more rhythm-based dance game where you have to tap at the right time and place in order to get Death in to the groove. You might say, that we were a bit lost ourselves, gameplay-wise.
But eventually, after a lot of experiments, discussions and adjustments, not to mention time, we settled on the grid-based shadow manipulation gameplay that ended up in the final game.

A lot of things has happened during these years of development which fell in different phases (whenever we had some money to develop). And while it would be too lengthy to go in depth with all of these things, I will just quickly mention some of them.

We experimented with motion capture techniques using skilled dancers, eventually realizing that for our purpose it was a better approach just to record the dance moves with camera (still with dancers) and then let our animators interpret that.
We changed the platform of the game from iPad, which was our initial target, to basically everything else than the iPad. And as I am writing now, the game is being ported to iOS again, somehow completing the circle.
We worked with local musicians, inviting them to compose and record their music for an interactive music system, developed to reflect the current state of the game.
We struggled with the dancing movement system of Felix, trying to make the animators (and dancers) free to make organic/wild movements while ensuring that we can keep Felix on track in this very grid-based game.
We saw people come and go, and even though the team was not very big at any given time, a good amount of people has been involved in the project. This also posed a challenge with regards to passing on the idea and knowledge of the project.
We realized that there is quite a long way from having a sort of finished game to having a game that can be published on four different platforms and in 14 different languages.
…

And while I doubt that in the future, we will look back on Felix The Reaper as a big commercial success, for me it is a success that we finally managed to publish this game after a seemingly endless row of demos and time spent trying to explain to friends and family (and sometimes ourselves) what we were actually doing.
A big credit to Esben Kjær Ravn, the man behind Kong Orange, for pulling this off, maintaining the direction of the project and convincing sometimes frustrated and doubtful team members (quite often me) that this is doable.
Thanks also to Spilordningen at the Danish Film Institute for supporting the project (more than once), to CAPNOVA for investing in it and to Daedalic Entertainment for publishing it.

Felix The Reaper is a humorous puzzle game (in development) about Death which is inspired by the way the character of Death has been portrayed throughout the history of art. You play the dancing Death, Felix, who has to perform his macabre duty in order to earn the title of Field Reaper. Actually, he doesn’t care so much for taking lives as he does for dancing and for the pretty maiden, Betty, who he really want to impress.

I have been a part of the development team, mainly as a programmer in the various development periods from 2012 to 2019.

Felix The Reaper is produced by Kong Orange, and you can read more about it here:
http://www.kongorange.com/felixthereaper
https://www.facebook.com/FelixTheReaper/ 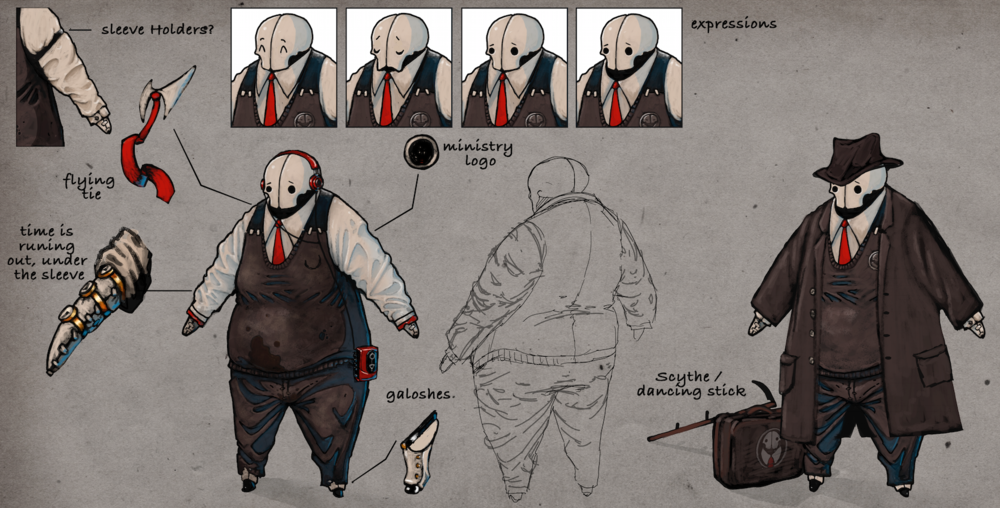